If there was one thing I wished someone had warned me about before I had children, it would have been growth spurts. Because when Big Girl arrived, they were the biggest shock of all. 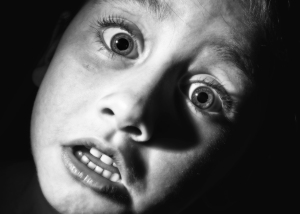 And yes, I do mean even more shocking than the realisation of how it feels to birth a baby. So you know I’m talking about some serious shit right here.

I had pethidine when I was in labour with her, so for a couple of days she was a bit sleepy. She still woke for feeds every two hours or so, but in between she would slip into a deep sleep. I could even put her down in the hospital crib, and she wouldn’t make a peep.

It was awesome. Well, maybe not awesome, exactly. I felt like I’d been hit by a bus, and getting up from a sitting position resulted in an unpleasant inward shifting sensation that, dear God, I wish I could forget.

But still, a newborn baby that fed and slept, not too bad. I couldn’t shake a stick at that.

And I discovered that the previous few days had given me absolutely zero preparation for the veritable shitstorm that was about to ensue. 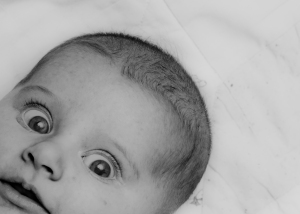 Here’s how day 4 went. We woke up, and Big Girl latched on. The end.

Ok, possibly it didn’t go 100% like that. I’m sure there were breaks for pooping, and nappy changing, and outbursts of crying for no apparent reason.

I was talking about the baby, actually. I cry about as much as it rains over the Sahara.

Anyway, that’s what it felt like. Big Girl turned into an insatiable demon, who could only be satisfied by a never-ending river of breastmilk. And that’s how it continued for the next seven weeks.

I became closely acquainted with the contours of my couch, and got plenty of practice in feeding one-handed. Well, a keyboard’s not going to type itself now, is it?

I wouldn’t be lying if I said that one of the first things I Googled after coming home from the hospital was, ‘baby breastfeeding all of the time.’ And I’m glad I did. Finally, I had found an explanation for this wriggling, mewling infant who screamed herself purple the second her back hit the Moses basket’s mattress and rooted frantically on any millimetre of bare skin she could find.

Suddenly, everything made sense.

Although there was one bit of information which I had to respectfully disagree with. According to the many websites I read on this issue, growth spurts happen numerous times in the first six weeks of a baby’s life, and last about 2-3 days or as much as a week. 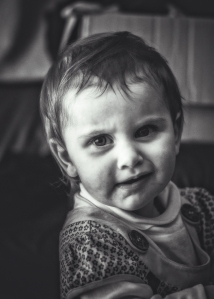 Because as far as I can remember, Big Girl had only one growth spurt. And it lasted approximately seven weeks.

Despite being armed with the knowledge I gleaned from the holy god of Google, it was bloody hard going. Some days, I barely made it off the couch. I ate what I could grab out of the cupboard and throw down my neck one-handed.

Oh, and I felt like a shrivelled-up raisin that had been forgotten at the back of the cupboard. (You all find those raisins, right?)

But we made it through. And although I’m sure she had a few more growth spurts during her first year, either I’ve lost them in the haze of sleep deprivation, or they weren’t that bad.

Now, Little Girl and Squeak’s growth spurts. Well, I can’t really remember them at all! In my defence in the case of Little Girl, I’m surprised that I can remember anything about her first year. I definitely remember the fuzzy-head, almost drunken sensation of surviving on two hours sleep a night, but growth spurts? Not so much. By the time Squeak came along, I was just shoving her up my top at the slightest peep, and promptly forgetting  about her until she vomited spectacularly into my crotch.

Do you know, as I typed that I recalled exactly the toe-curling, revolting sensation of pooling milk sick as it cools in your crevices. Shudder. 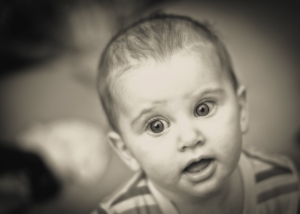 So there was no clock-watching, or noting down of feed times. Hell, I didn’t even try to remember which boob’s turn it was to be fed off. I just plugged her in and got on with the requisite arse-wiping, packet-opening, fighting-children-separating and nose-wiping that comes with having older kids.

I’m sure they happened, like. I just didn’t really notice. In my defence, she fed soooooo much that I’m not sure it would have been possible for her to cram in any more feeding time.

Well, that’s baby growth spurts covered. They occur numerous times during a child’s first year of life, and then everything is just peachy.

But no. For as the years have passed, I have come to a realisation. A horrible, demand-causing, purse-squeezing realisation.

There are child growth spurts too. 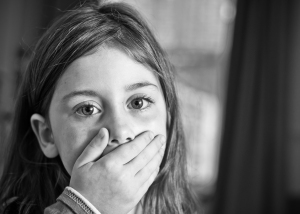 Never before did I think I would grow to appreciate the growth spurts of a newborn. Because breastmilk? That shit is free. When you’ve got a desperate six year old ransacking the cupboards before, after… hell, during meals, you got problems.

Big Girl seems to be on a permanent growth spurt at the moment. It all started last year.

You see, today marks the passing of a year since Big Girl was hospitalised with Guillain-Barre syndrome. It’s hard to believe that such a short time ago she was stuck in a hospital bed, unable to walk, sit up or use her hands properly. I am thankful every day that she appears to have made a complete recovery.

But I am not thankful for the growth spurt that has resulted.

You see, she was ill with a virus for over three weeks before being admitted to hospital. Obviously she couldn’t eat much, as she was lethargic and battling a high temperature. Once you factor in that time, plus the hospital time and the recovery time afterwards, she didn’t really eat properly for two months.

Boy, has she been making up for it though.

It was at its worst once she began to feel better. This kid was having three massive meals a day, and snacking twice between each meal. And still she complained of being hungry! At one point she was eating more than me, and guys, I can put away a shitload of food.

Obviously it isn’t as intense now as it was. But Big Girl lives for food. She can inhale a plate of pasta in second, and beg for more. I don’t know where she puts it, as she’s pretty skinny. She is growing upwards like a tomato plant in a heap of cowshit though.

And my fruit bowl is permanently in need of replenishment, the cupboards are frequently bare long before I’d contemplated shopping again, and I never have leftovers to shove in the freezer.

Please God, let Little Girl sidestep this stage, because I don’t think I could inflate my food budget enough to cover that much food! 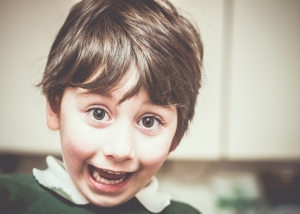 One thought on “Growth Spurts – Not Just For Newborns”