Teething has to be one of the things that pisses me off most about parenting. I just don’t get it. I mean, teeth are not exactly a new concept. Most of us are born with none, and eventually end up with a full set. So seeing as Nature’s had so much practice, couldn’t it have figured something out? I’m talking evolution, folks.

I don’t give a shit about the short-necked giraffes who died out because they couldn’t reach the leaves and starved to death. I couldn’t care less about the moths that adapt to be the same colour as their urban surroundings.

Just give me a baby who sprouts teeth without a peep and I am golden.

This is a subject that is close to my heart at the moment. At least, I think it’s my heart. It’s the bit of my chest that feels like it’s going to explode with frustration as I run upstairs for the 11th time in an evening. Is that my heart?

It sucks, anyway. For me and for Squeak. 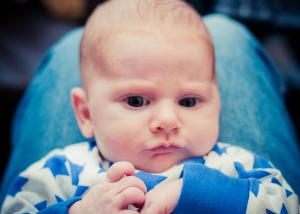 Squeak is playing Fuck With Mummy Bingo at the moment, and she’s speeding towards a full house. She is full of the kind of cold that makes you recoil at every sneeze because you just know that came with a prize. And she is really mastering her dog impression. Or coughing her lungs up. One or the other!

Oh, but that is not all. This week, she is also beginning to teeth her first molars.

One of the things I find most annoying about teething is the teeth. Well, duh! But hear me out.

Most babies get their bottom two front teeth first. And they’re pretty small. Kinda cute, actually. But they’re nothing compared to what is coming next.

It’s like their mouths are saying, Ha, you thought that was bad? That was just the introduction.

Because the teeth just get bigger. You start off with those dinky little front ones, and end up with massive, pointy Lego bricks at the back.

And there’s twenty of them. Goddammit Nature, what are you playing at?

I try to be understanding. I get that Squeak is in pain, and she doesn’t know why. So I cuddle her, rub numbing stuff on her gums and accept that she is never going to sleep again.

But mother of God, it’s so annoying!

My moderately chilled-out, smiling child has metamorphosed into a screeching she-devil. And everything is just wrong.

Toys don’t work right. The water doesn’t come out of her cup quickly enough. And everyone is just plain-old pissing her off. Especially me.

I have the audacity to keep on leaving the room. You know, to prepare food and go to the toilet and stuff. It’s a travesty.

Don’t worry though. She disciplines me well when I dare to step our of her ever-changing boundaries. Eye-poking is a favourite. Also face-slapping, hair-pulling and licking. No, I don’t know what the last one is supposed to achieve either.

Have I mentioned the lack of sleep yet? What, once or twice? Already? Wow. Sorry about that!

Actually, not sorry. And I’m not done. Teething babies are a nightmare, sleepwise. Mine are, anyway. I don’t mind a baby waking up through the night. It’s a normal thing, and one which my body is more than used to, after 6 years. But teething sleep is something else.

Even with a bunch of potions and medicines (more on them in a mo), the best stretch Squeak can manage on a sore-mouth night is half an hour. Then, she wakes up screeching and attempting to gnaw her fingers off. And off I go, over and over again, all night. She asks for a feed, then complains that it hurts, then asks for feed again… ad nauseam. Sooo annoying.

I have tried almost every teething remedy. Squeak wears an amber teething necklace. Does it work? I don’t know, I’m too scared to take it off and see if there’s a difference! I don’t want to rely on paracetamol and ibuprofen all the time, so I’ve tried a lot of topical treatments to find the best for me.

The one I use the most is a liquid one. It’s thinner than the gels and a lot easier to apply to gums. Just one simple swipe round the mouth and Squeak is feeling a lot better.

Hmmm, that actually makes it sound a lot easier than it is. It was fine when she only had bottom teeth. There’s plenty of room to dodge them. But Squeak has four top teeth now. And that means I am playing Russian Roulette every time I stick my finger in her mouth.

Well, if Russian Roulette was playing with only one blank. Because the odds of me ending up with deep teethmarks on my finger are ridiculously high. Ouch.

The only way I’ve survived three lots of teething is to tell myself that it’ll be over soon. The latest the older two got teeth was about 2.5. I can handle that.

Big Girl turned six and August. And now she is teething again. I’m not going to say that I wasn’t vaguely aware that this happened, but it still came as a bit of a shock! 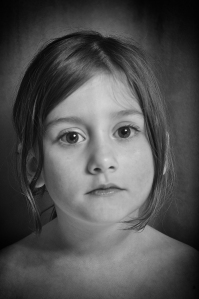 She’s getting her six year molars. But all accounts, and from what I can see in her mouth, they are flipping massive! So she is back to chewing on her fingers, complaining of pain and waking up in the night. Which sucks.

2 thoughts on “Kids And Their Stupid Ass Teeth”